While on Medevac duty that day at Wright Army Field, located at Ft. Stewart GA., my crew and I were called to respond to a downed aircraft incident.

It was just after lunch, we pilots and 1st up crew were lounging around the small day room waiting for the inevitable heat casualty call to come through. There was a joint training task force with elements from the 24 Infantry Division and the 507th Tactical Air Control Wing from Shaw Air Force Base S.C. going on all week and it was getting old. In the afternoon two or three times a day we would “bounce” go out to where the affected trooper lay and bring them to Winn Army Hospital with varying degrees of heat sicknesses.

There was a joint training task force with elements from the 24 Infantry Division and the 507th Tactical Air Control Wing from Shaw Air Force Base S.C. going on all week and it was getting old. In the afternoon two or three times a day we would “bounce”, and go out to where the affected trooper lay, and bring them back to Winn Army Hospital with varying degrees of heat sicknesses.

Right at about 14:00 the air siren went off on the control tower of Wright Field, this siren signified an aircraft accident somewhere on FT. Stewart .

We didn’t hesitate a single second and raced to our waiting Medevac UH-1V. Completely out of breath with lungs burning trying to bring air back in through a windpipe that would only go so big we scrambled aboard the primed and waiting aircraft. As we pulled the start trigger the blades started to spin as the turbine throated to life.

Once at flight idle our crew Chief and Medic who were standing by as fire guards outside the aircraft climbed in. I and my fellow pilot raced through the checklist so fast that it came close to downright mind reading.

I pulled up on the collective after I brought the engine RPM to full throttle, and came to a three foot hover as my cohort pilot started the radio clearances from  the tower and Area control for the cantonment of Ft. Stewart.  Cleared for departure from our current location, I moved the cyclic forward and started our takeoff run. In the meantime, I could hear the particulars coming from the control room of Medevac operations over our FM radio. It was an Air Force O-2 that went inverted and crashed into a heavily wooded area about 3 miles shy of Remagen training DZ (Drop Zone) to the west.

We flew straight to the area which wasn’t hard for us to tell, there were a number of other military aircraft up flying that day, and they circled around where we presumed the downed Air force O-2 was. As we got closer we could tell that was exactly what was going on. We flew over the crash site and circled looking for a clear landing area and we couldn’t find one. There were a number of helicopters that had already landed close to the site and there wasn’t any room for us. I was mad, I know they wanted to help but we couldn’t get in there, what was worse a number of them had shut down and the pilots were out of them and away from their radios. We couldn’t even call them to say “hey clear out of there!”

We made the decision to land as close to the sight as we possibly could, which was almost 2 Klicks (Kilometers) out from the crash site.

Once we got on the ground I gave the controls to my fellow pilot and he held it at flight idle as I and my crew chief grabbed our on board extractor box. This box was 250 LBS. full of metal cutting equipment and a hand pump jaws of life. My medic grabbed his kit, and off we ran at a full dead heat as fast as we could, we didn’t know if they were dead or alive all we knew was that we just had to get there.

As we were running me in the lead my crew chief on the other end of the box followed by our medic, my crew chief stumbled for a second. We kept running as fast as humanly possible but that jerk traveled through the box and caused me to lurch forward. I fell one hand holding the box the other out in front to break my fall and my left knee slamming on top of a rather large exposed root. It was like a three part pile hammer , my weight, the metal box, and the weight of the crew chief  and all that momentum stopped by my knee on that root.

Needless to say the pain went from excruciating to numb in just a few seconds. It didn’t matter we recovered and ran at a full tilt the rest of the way. When we got to the site we ran up to the plane. There was very little ground run, almost none in fact. It looked like where the nose augured in, it stopped and then fell on its back. I looked up and was stunned to see half a dozen men sitting and standing just looking, looking at what was left. My mind for a second couldn’t comprehend why nobody moved, it was all very surreal.

I looked from their faces as we dropped the box and I saw on the ground the left arm of one of the pilots peeking out from under the wreckage.  On the left sleeve of our flight suits is a small pocket and pen holder. His pocket zipper was open, and spilling out from it was his dog tag, a small bit of chain, and his wedding ring.

I could see out of my peripheral the heads shaking “no”, back and forth very slowly almost as if they were apologizing to these two occupants for not being able to do anything to save them. The two men were dead, we had to check, and reaching our hands through the wreckage looking for a pulse confirmed that the end event was quick, as one pilot lost his head and the other had his face sheered off by the upper control panel. Their last recorded words were “May-ugh! Mayday! Mayday! Mayday! Mayday! Mayday! We are  going down  Come on, Let GO! and then it was over.

As I climbed back out from under the crash one of the pilots who had been shaking his head simply said, “I watched it go down” One minute it was ok then it pitched awkward and rolled onto its back, I saw the tail come off and down it went”.

We were followed to the site pretty quickly by an aviation safety officer, and as we were going to pull the bodies out and cover them he yelled over to us “Don’t”. I stopped and looked to see who would yell that at us when I noticed his senior rank. He followed it up by a rather soft ” the accident investigation team will need to see this just the way it is”.

My biggest regret that day was in not disobeying him, it took the board many hours to get there, all the while that hot Georgia sun was not helping matters. If I had known they would take until almost 17:00 that day I think I would have.

You may have many reasons to become involved in the Convention of States project, I have many as well and two of them are named 1st lt. Craig Martelle and 1st lt. Kurt Schwindt. Those two men gave their lives to the defense of this country and to this day I wear a knee brace on that left knee ( it took me 30 years with the VA to get it, but that is a different story). Every day we allow our Constitution to be subverted, and every day we do not take action to call for a convention of States, we dishonor those men and others like them who gave their last full measure to protect our country, our liberty, and our freedom.

We in the military swore an oath to protect our Constitution from all enemies both foreign and domestic.

We have a legal, peaceful means to accomplish this goal, shame on us if we don’t get it done.

Thank you to David Mason who provided some photos of Kurt Schwindt. David told me these were right after the Invasion of Grenada just a few months before the accident. (He actually got them to me a couple of years ago but it took me some time to get back to posting them. 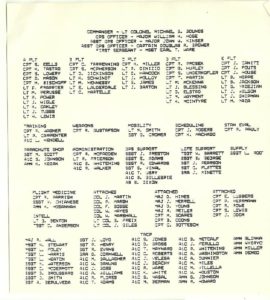 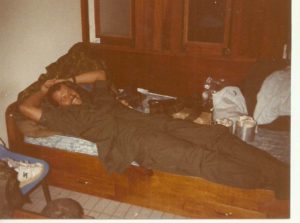 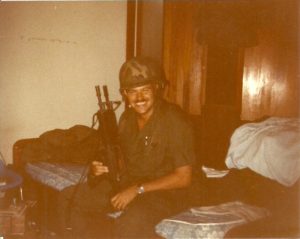