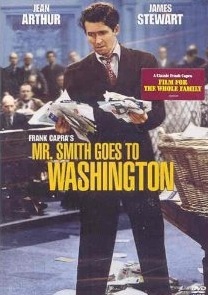 Mr. Smith Goes to Washington. One man can make a difference, an invaluable lesson for boys to learn. This film depicts Jimmy Stewart as an innocent average American propelled into the position of a junior Senator by controlling powers from his state.  The Crony Capitalists believe his naiveté can be used to force him to go along with their plans. Some points to bring out from the movie are: Not everything is as it appears, human nature being what is, evil people see no problem using you to get what they want, not everyone is like that, allies exist but not if you try to go it alone. Until Christ’s return we live in an imperfect world, but we are not to be transformed by it, rather we are to be the transformers. Be willing to spread the salt of truth, not everything works out as you might have imagined but everything works out for God’s greater purposes.