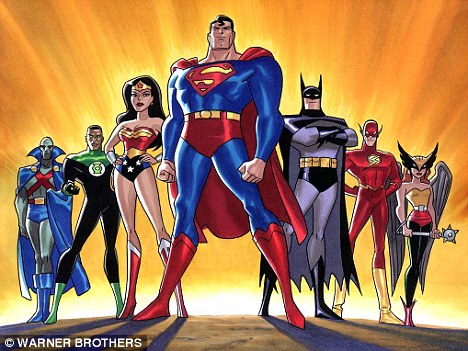 My 1st Post: Not what I thought it would be!

When dealing with boys it is important to remember, they need proper role models and heroes. Most boys do not recognize the hero that tucks them in at night until long after they have moved out of the house. It is important for them to have heroes that exemplify solid Christian values, values that used to be synonymous with American values, outside of the family.

There are many ways to do this.

Our adversaries also realize this undeniable truth and have been working over time to destroy them.

Important lesson number 1. Don’t assume your boyhood heroes are still there.  The names may be the same but ….. Semper Vigilate
The world is unraveling at a fast pace,This has hit the news…Is Batman gay? Major DC Comics character to come out of the closet

I replied to the news post with the following comment: Ok this is just sick and twisted, as a young man growing up in the USA these were super heroes for a reason, they had class, dignity and presented a moral compass to model. Then they went dark, now they are simply perverted… Good going guys, way to destroy an American ICON….hope you sleep well at night sound in the knowledge that instead of building something worthwhile, you are pissing what remains of a legacy down the drain….

It’s true, America stood for what was right and decent, in fact the latest Marvel Movie the “Avengers”, was decidedly Pro-American and even Capt America got in the line ” there is only one God and I am pretty sure he doesn’t dress like that” A line that brought a cheer in the middle of the movie…

We are still decent people but the attacks on what made us a great nation are coming faster and more targeted to our youth. This isn’t you fathers comics anymore….