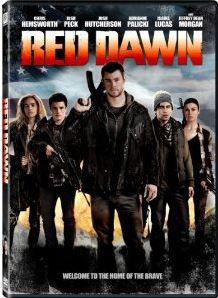 This movie although entertaining on one level deals with a mature theme of a hostile takeover of the U.S.. Something that seemed far fetched 10 years ago is a freighting possibility (as written in 2013). A very real scenario of a Chinese/Russian take over using the child states of North Korea and Mexico or rather the Marxist throughout Central and South America to do their bidding to hold certain sections looms ever more as we cut national defense. This subject and its portrayal is too intense for younger children and deserves to be rated R in the truest sense. The viciousness of the North Koreans was severely understated with some accurately stated fight scenes thrown in to the mix. This is not for the feint of heart to watch but does stand as a warning if we don’t correct our path.