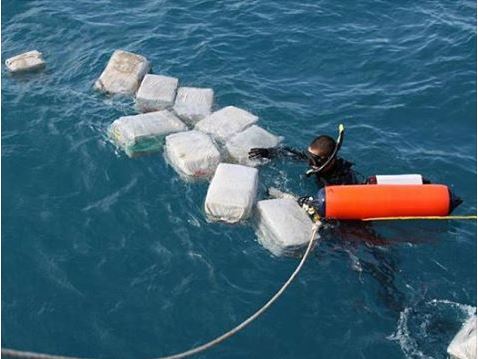 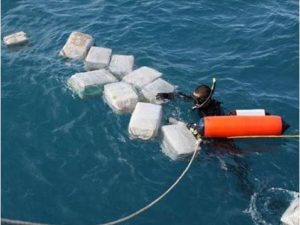 After reading for days the groups that want to use the Orlando tragedy as an excuse to further restrict firearms, or the “too afraid of their own shadow we need to ban them at any cost” crowd, or the so ignorant of guns in general they run around like their hair was on fire at the mere mention of them, I decided to introduce a dose of reality.

SO, here is a news flash for all you Brainiacs out there that think all we need to do is ban guns and all this bad, evil, scary, stuff will go away.

When drug dealers load their precious cargo neatly packed in water proof plastic bags aboard those low in the water, shallow draft boats, you know the ones that sit so low in the water it is hard for the Coast Guard to detect them, they have to weigh the drugs down so waves won’t wash them overboard.

I know this next bit will give you nightmares and you won’t be able to sleep, but it is time you put your big boy and big girl pants on, so here it goes.

You know what they weigh them down with?

That’s right boys and girls, AK’s for days, handguns galore, and not a one of them is registered, not a background check on a single one, and no BATF transfer form.

You are not stopping anybody from getting a gun if they are dead set to get one.

So admit it, you just don’t like them, it bothers you that you are not in control of them, and you really could care less about those AMERICANS killed in Orlando, as long as you get your way they became nothing more than a means to an end.

I on the other hand will continue to fight for every American to keep and to exercise their pre-existing right to defend themselves regardless of who the enemy is. How many of those whose lives were sacrificed on the altar of a liberal gun control ideology would have been alive today if somebody could have had their firearm with them to defend themselves.

So for those that think speaking of guns is insensitive at a moment like this the shame is on you. How dare you attempt to deride those who celebrate the freedoms we enjoy simply because you support the restriction of firearms or worse, you support a politician who doesn’t like them and wish to curry favor for your own enrichment. Now that is hubris worthy of mockery.