Blogs come, and blogs go, so I make a habit of copying from a site and then sharing the link. In this day and age of new media stories can be pulled down and scrubbed as if they never existed.

So not wanting the story of an over reaching federal government to disappear I captured this latest intrusion to artisan cheese makers by Crony-Capitalist.

We had a word for this in 1776 it was called Mercantilism. We fought a revolution over it and the right to good governance. Thankfully our founders gave us the means to stop this kind of nonsense. It is contained in article V of the US Constitution. It is a simple solution that allows for the peaceful redress of massive federal over-reach and cronyism.

Here are the facts: we can amend the Constitution in one of two ways, either congress can offer up an amendment or the states can. Once offered up, 3/4ths of the states must ratify any proposed amendment, period.

We the states can call for a Convention of states, as termed by the 1st such call from Virginia, you can see my column for that under history and politics HERE.

The call under the Convention of states project (www.conventionofstates.com) is for the purpose to propose amendments that limit the power,scope, and jurisdiction of the federal government and to limit the terms of office for its officials.

What does that mean?

Read Mark Levin’s book the liberty amendments and see a world of possibilities!

Get it in hard cover so you can underline and dog ear it to your hearts content.

And now for the article: 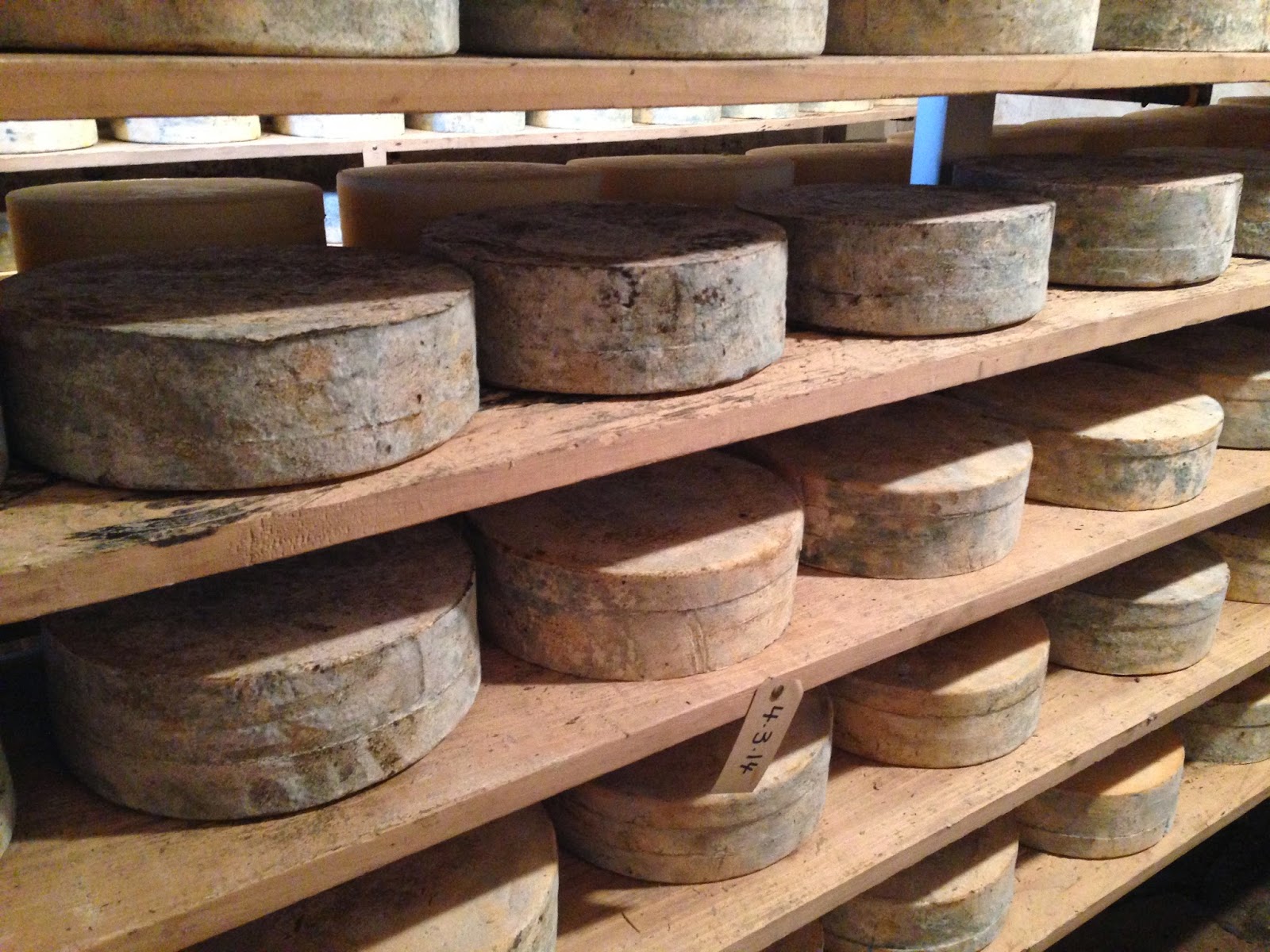 A sense of disbelief and distress is quickly rippling through the U.S. artisan cheese community, as the federal Food and Drug Administration (FDA) this week announced it will not permit American cheesemakers to age cheese on wooden boards.

Recently, the FDA inspected several New York state cheesemakers and cited them for using wooden surfaces to age their cheeses. The New York State Department of Agriculture & Markets’ Division of Milk Control and Dairy Services, which (like most every state in the U.S., including Wisconsin), has allowed this practice, reached out to FDA for clarification on the issue. A response was provided by Monica Metz, Branch Chief of FDA’s Center for Food Safety and Applied Nutrition’s (CFSAN) Dairy and Egg Branch.

In the response, Metz stated that the use of wood for cheese ripening or aging is considered an unsanitary practice by FDA, and a violation of FDA’s current Current Good Manufacturing Practice (cGMP) regulations. Here’s an excerpt:

“Microbial pathogens can be controlled if food facilities engage in good manufacturing practice. Proper cleaning and sanitation of equipment and facilities are absolutely necessary to ensure that pathogens do not find niches to reside and proliferate. Adequate cleaning and sanitation procedures are particularly important in facilities where persistent strains of pathogenic microorganisms like Listeria monocytogenes could be found. The use of wooden shelves, rough or otherwise, for cheese ripening does not conform to cGMP requirements, which require that “all plant equipment and utensils shall be so designed and of such material and workmanship as to be adequately cleanable, and shall be properly maintained.” 21 CFR 110.40(a). Wooden shelves or boards cannot be adequately cleaned and sanitized. The porous structure of wood enables it to absorb and retain bacteria, therefore bacteria generally colonize not only the surface but also the inside layers of wood. The shelves or boards used for aging make direct contact with finished products; hence they could be a potential source of pathogenic microorganisms in the finished products.”

The most interesting part of the FDA’s statement it that it does not consider this to be a new policy, but rather an enforcement of an existing policy. And worse yet, FDA has reiterated that it does not intend to change this policy.

In an email to industry professionals, Rob Ralyea, Senior Extension Associate in the Department of Food Science and the Pilot Plant Manager at Cornell University in New York, says: “According to the FDA this is merely proper enforcement of the policy that was already in place. While the FDA has had jurisdiction in all food plants, it deferred cheese inspections almost exclusively to the states. This has all obviously changed under FSMA.”

Ah, FSMA. For those of you not in the know, the Food Safety Modernization Act is the most sweeping reform of American food safety laws in generations. It was signed into law by President Obama on January 4, 2011 and aims to ensure the U.S. food supply is safe by shifting the focus from responding to contamination to preventing it.

While most cheesemakers have, perhaps, begrudgingly accepted most of what has been coming down the FSMA pike, including the requirement of HACCP plans and increased federal regulations and inspections, no one expected this giant regulation behemoth to virtually put a stop to innovation in the American artisanal cheese movement.

Wisconsin cheesemaker Chris Roelli says the FDA’s “clarified” stance on using wooden boards is a “potentially devastating development” for American cheesemakers. He and his family have spent the past eight years re-building Roelli Cheese into a next-generation American artisanal cheese factory. Just last year, he built what most would consider to be a state-of-the-art aging facility into the hillside behind his cheese plant. And Roelli, like hundreds of American artisanal cheesemaekrs, has developed his cheese recipes specifically to be aged on wooden boards.

“The very pillar that we built our niche business on is the ability to age our cheese on wood planks, an art that has been practiced in Europe for thousands of years,” Roelli says. Not allowing American cheesemakers to use this practice puts them “at a global disadvantage because the flavor produced by aging on wood can not be duplicated. This is a major game changer for the dairy industry in Wisconsin, and many other states.”

As if this weren’t all bad enough, the FDA has also “clarified” – I’m really beginning to dislike that word – that in accordance with FSMA, a cheesemaker importing cheese to the United States is subject to the same rules and inspection procedures as American cheesemakers.

Therefore, Cornell University’s Ralyea says, “It stands to reason that if an importer is using wood boards, the FDA would keep these cheeses from reaching our borders until the cheese maker is in compliance. The European Union authorizes and allows the use of wood boards. Further, the great majority of cheeses imported to this country are in fact aged on wooden boards and some are required to be aged on wood by their standard of identity (Comte, Beaufort and Reblochon, to name a few). Therefore, it will be interesting to see how these specific cheeses will be dealt with when it comes to importation into the United States.”

Ralyea continues: “While most everyone agrees that Listeria is a major concern to the dairy industry, it appears that some food safety agencies interpret the science to show that wood boards can be maintained in a sanitary fashion to allow for their use for cheese aging, while others (e.g., the US FDA) believe that a general ban of any wooden materials in food processing facilities is the better approach to assure food safety. At this point, it seems highly unlikely that any new research data or interpretations will change the FDA policies in place.”

In fact, many research papers do in fact conclude that wooden boards are safe. In 2013, the Wisconsin Center for Dairy Research published a paper on the subject, concluding: “Considering the beneficial effects of wood boards on cheese ripening and rind formation, the use of wood boards does not seem to present any danger of contamination by pathogenic bacteria as long as a thorough cleaning procedure is followed.” You can read the whole report on pages 8-9 by clicking on this link.

Interesting side note: Health Canada does not currently have any regulations prohibiting aging and ripening cheese on wood, so apparently if we want to eat most American or European artisan cheeses, we’ll need to drive across the border to do so.

So what’s next? The American Cheese Society has mobilized its Regulatory & Academic Committee to learn more about this issue, and to ensure its members’ interests are represented. The ACS promises to keep us apprised of developments. In the meantime, if you are a cheesemaker, and your operation is inspected and cited for the use of wooden surfaces, please contact the ACS office (720-328-2788 or info@cheesesociety.org).