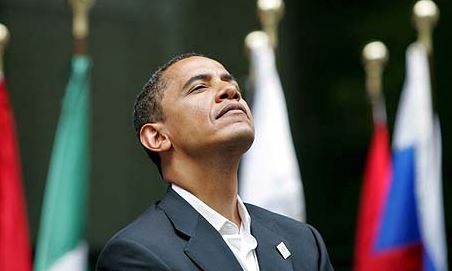 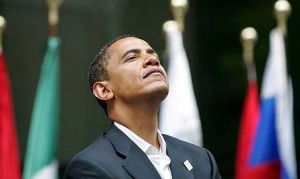 Impeachable offenses? Glad you asked. Should Barack Obama be impeached? I will remind you that whether or not the senate will create the trial is Immaterial to the House of Representatives responsibility to move forward with impeachment of the President.  Let’s start with the biggie, Treason: • Leaving an Ambassador and 3 Americans to die in an 8 hour gun fight when help was 35 min away is aiding and abetting the enemy.• Releasing 5 Terrorist leaders who have either personally murdered American’s or planned and directed the execution of the plan, is aiding and abetting the enemy.

• Releasing prisoners from GITMO in defiance of legitimate law passed by congress and signed into being by President Obama is violating his oath of office. In addition it is usurping constitutional powers reserved for congress alone. A high crime against the Constitution. (Section 1 Article 8 in case you were wondering)

• Re-writing the healthcare law with the flick of his pen. A high crime against the Constitution.

• Fast and Furious, A high crime against the Constitution.

• Using the IRS against his political enemies. A high crime against the Constitution.

How about some Misdemeanors?:

• Taking outlandish vacations to the tune of 44 million dollars of tax payer money. (This does not count his vacations disguised as “official” trips. Those come to over 100 million more.)

• Using the EPA, the NSA, the DHS, the EPA, (did I just use EPA twice? Yes I did he, really like that one) as a blunt instrument against the citizens of this county.

This is a good list to start from. Except I didn’t add in the VA scandal, only because I can’t make up my mind whether or not this was aiding and abetting the enemy, a high crime, or a misdemeanor. Most likely it fits in all three at oh so many levels.

Let me give you some perspective ….I have dealt with the VA since 1987, it was absolutely horrible then.

I knew some dog kennels that were run better than the VA during that time.

My last duty assignment was as a Medevac pilot and before life star existed we would fly into rural locations and perform that duty as a way to “train” in the art of air rescue, air ambulance response.

I had the opportunity to walk into the clinics of some of the most backwater towns in Ga., Fl., SC, NC, Al, and AR.there was.

I saw unsanitary condition reminiscent of the state of medicine that I could only imagine existed in the prior century. They VA made them look like the Mayo clinic in comparison.

I proclaimed often that I wouldn’t bring a wheelbarrow for those neanderthals to fix, let alone a person. Sadly as I have grown older my injuries require more attention and forced me back into the system. …Over the years however the VA improved, slowly, very slowly.. right up to about 2009. It was a night and day difference between when I started using the VA and that time…..

What difference can leadership make?

From 2009 till now the VA has gone to hell on a rocket sled. This government is rotten from the head down. Sure the VA problem wasn’t created by this administration, but this administration has done its dead level best to insure it collapses, further showing the absolute disdain for all things military, all the while spending 3 times the VA’s annual budget on Illegal aliens..I think now I can at least rule out a misdemeanor….